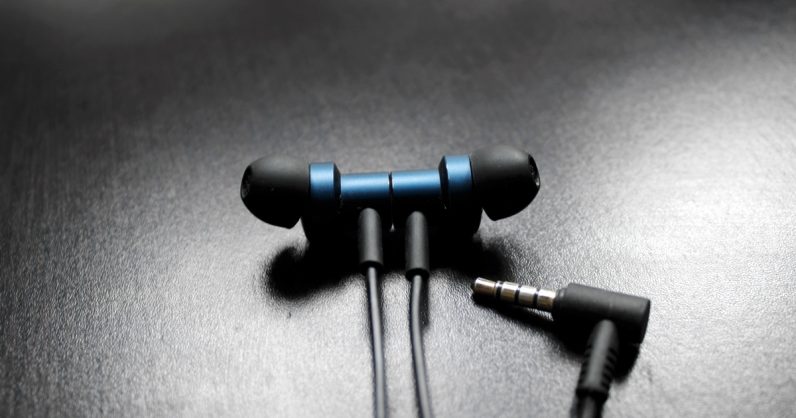 I got the Xiaomi’s dual-driver earphones in February. It had been a while since I used wired earphones, because I don’t like sticking dongles in my phones.phones — especially when there are wireless alternatives out there. So, I didn’t really have a clue how this review will turn out at the time.

But then, the lockdown happened, and a lot of us spent hours on video calls. All of a sudden I had a use case for these $11 (₹799) wired earbuds.

Before we dive into details, let me be clear: these aren’t the best sounding earphones, and they aren’t going to blow your mind. However, they’re rugged and reliable enough to throw in your bag, and use them next time when you’re attending a conference call in a cafe.

The Xiaomi Mi dual-driver earphones are made of tangle-free 1.25 meter braided cable with an L-shaped connector at the end. This means that you can jam them in your pocket or stuff them in your bag without having to worry about damage.

The earphones have built-in remote control assembly to play/pause songs and control the volume.

For some reason, Xiaomi decided to include magnets in these buds, so you can snap them together. However, unlike with the OnePlus Bullets Wireless 2, song or podcast you’re playing doesn’t pause when you attach them. So, it’s only useful if you want to hang them on your neck and for a while, isntead of putting them in your pocket or bag.

Before launching the dual-driver earphones in India, Xiaomi offered a few under-$10 earphones locally, and they sounded mediocre at best.

Those earphones with single drivers sounded bass-heavy, with muddy vocals and shrilly treble.  The Mi dual-drivers do a better job in this department — the 8mm and 10mm drivers.

However, tuning is still leaning towards boosting bass. In some tracks, you might even notice that bass suppresses vocals of singers. For example, the Jonas Brothers’ Sucker or Mali’s Age of Limbo.

If you’re listening to songs that have a singer-songwriter or jam room-like setting, you might even enjoy that bass-leaning vocal tone. Case in point: Sam Smith’s To Die for (Acoustic Version).

The Mi dual-drivers often struggle to highlight sounds that are not bass or vocals — unless they’re loud. A prime example of this is Dua Lipa’s hit track Don’t start now (LA live version). Around 1:14 mark, there’s an introduction of keys, and instead of sounding melodic, they sound bassy on the Mi dual-drivers.

There’s no way you can ignore the sound of a cymbal in a song. Some headphones and speakers also have this annoying habit of over-highlighting that sound. However, on the Mi dual-drivers, the cymbal sound is barely audible in some instances.

Prog rock band TessarecT had a brilliant live session a few weeks ago with masterful mixing. I watched the video while listening to these songs. And I was surprised that while I’m seeing the drummer Jay Postones hitting cymbals, I can barely hear them through earphones.

You can’t really expect an $11 pair of earphones to have perfect audio. But they’re good to attend calls, listen to podcasts or music for a bit, or watch YouTube videos.

Apart from casual music listening, my primary use for these buds was to attend Zoom and Hangout calls, and they’re perfect for that. You can listen to all people on the call clearly, and they provide enough sound isolation to block a lot of noises in your room such as a fan. However, there’s no active noise cancelation for your mic, so if your fan or your cat is loud, others might hear them.

If you have a good or decent pair of headphones or neckband, these wired buds are not a replacement for them. And with a lot of phones lacking the headphone jack, you might have to carry a dongle to use them. But at $11 the Mi dual-driver earbuds can be an impulse buy that’ll come handy when you forget your main pair of headphones. You can throw the Mi dual-drivers in your bag, and have one less thing to worry about.