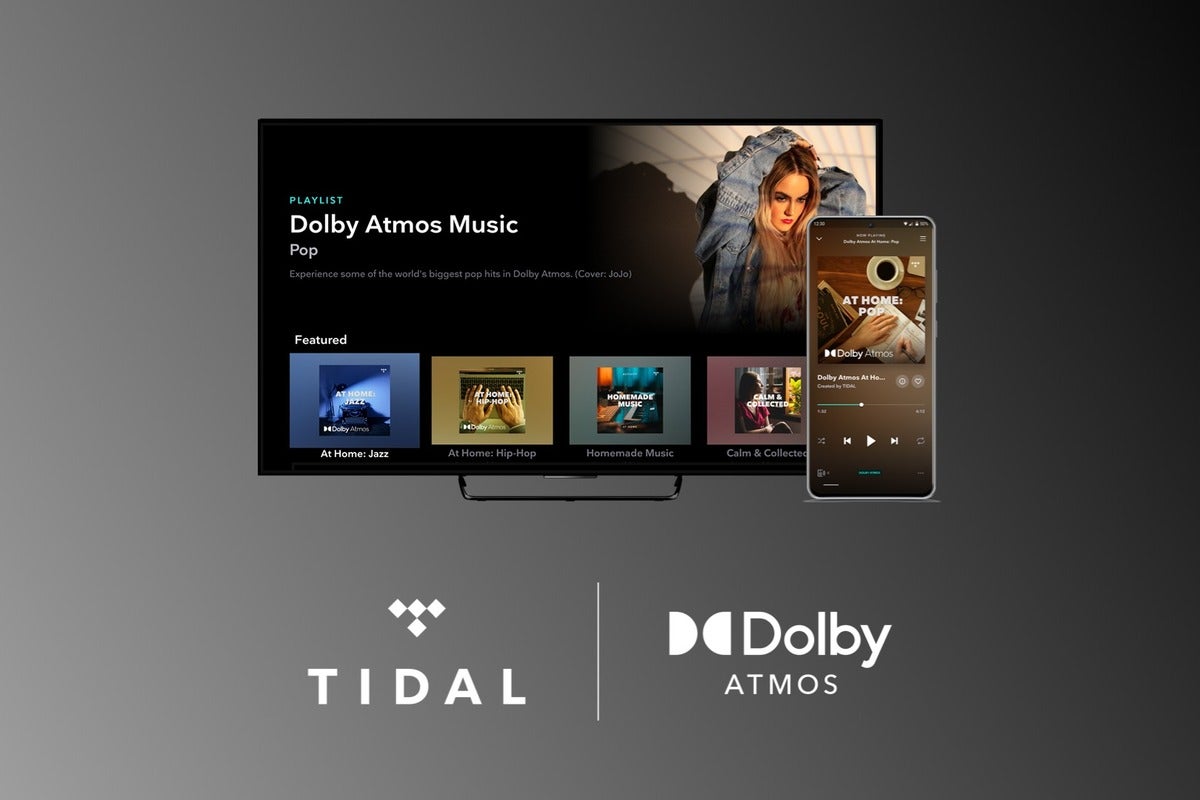 The artist-owned streaming service Tidal has long differentiated itself from competitors such as Spotify by offering subscribers to its $20-per-month Tidal HiFi service the option of streaming music at high resolution, using the lossless codec FLAC. It was the first to support the MQA format and it also jumped on the Sony 360 Reality Audio bandwagon. Now it has enlisted Dolby Laboratories to offer streams using Dolby Atmos Music. As with the MQA and Sony formats, you’ll need to be a Tidal HiFi subscriber to get it.

Dolby and Tidal promise a more immersive experience compared to high-resolution music streamed in stereo: “…Dolby Atmos gives music more space and the freedom to unleash every detail and emotion as the artist intended.” We haven’t had an opportunity to experience Tidal with Dolby Atmos Music, but some of us prefer a straightforward stereo experience where the players are staged in front of us, compared to the immersive experience that Sony and Dolby offer, where it feels as though you’re on stage with them.

In terms of audio equipment, you’ll need a Dolby Atmos soundbar or an A/V receiver and speaker system. Dolby Atmos Music on Tidal will be delivered using Dolby’s lossy Dolby Digital Plus codec.

Subscribers can find Dolby Atmos Music tracks on Tidal by navigating to the home screen and looking under the category “Available in Dolby Atmos,” or by performing a general search for “Dolby Atmos.” But the Tidal app will also automatically default to Dolby Atmos if such a mix and a compatible playback device are available.

The company hasn’t disclosed what percentage of its library will be available in the Dolby Atmos Music format, but the albums and songs in its press release echo its emphasis on hip hop and pop: Ariana Grande’s “7 rings,” The Weeknd’s After Hours, and Shawn Mendes & Camila Cabello’s “Señorita.”