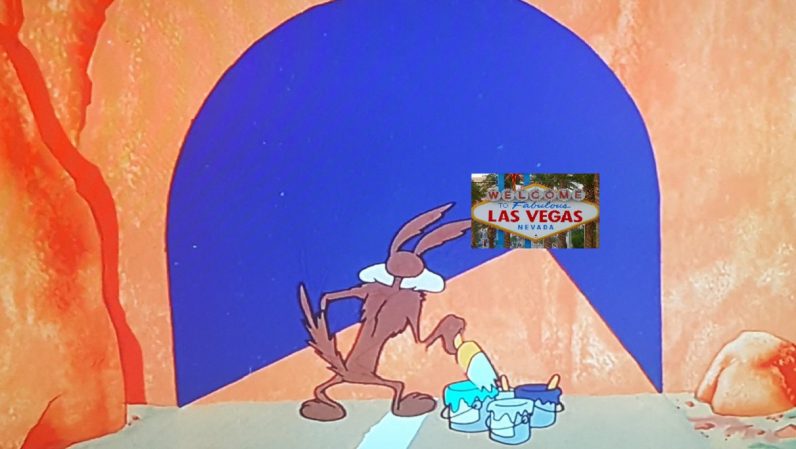 After spending millions of dollars on years of R&D, Elon Musk‘s The Boring Company has finally ‘invented’ the tunnel.

That’s right, the company that was going to solve traffic by building an underground mass-transit system that conveyed vehicles on a futuristic sled system at high speed… has finally finished digging the tunnels for its first commercial project: a “people mover” in Las Vegas.

And not one of those fancy people movers like you might find at the airport. You won’t be standing on a swift moving track that goes underground or anything futuristic like that.

Per a press release published today by The Boring Company:

The first commercial endeavor for Musk‘s company, the $52.5 million project will allow convention attendees to be whisked across the 200-acre campus in under two minutes, free of charge, in all-electric Tesla vehicles. Construction is already underway on all three passenger stations in the system.

In other words: once the project is finally complete, you’ll just get into a Tesla Model 3 or S with a driver who’ll take you from one end of a tunnel to the other. This isn’t exactly the miracle of physics Musk promised when he told everyone he’d build a mass-transit system that could get commuters from New York City to Washington DC in 29 minutes (for reference it takes three hours via Amtrak).

The city of Las Vegas won’t recoup any money using the system. Reporter Sean O’Kane at The Verge spoke with Steve Hill, the CEO and president of the Las Vegas Convention and Visitors Authority (LVCVA), who hinted that Musk‘s people mover was more of an attraction than a useful method of transportation.

The Loop is not really meant to serve as public transportation. Instead, Hill says, it’s an amenity for convention-goers, and for prospective customers. It’s also going to be offered as a free service, meaning the LVCVA considers the $52.5 million it’s spent on the project so far — $48.6 million of which has gone to The Boring Company — a sunk cost, according to Hill.

The Boring Company expects the people mover to be open for riders in January of 2021. In the meantime, lets all take a moment to recognize the amazing achievements of the brilliant man who invented the tunnel boring machine and tunneling methods that made The Boring Company’s achievements today possible: Marc Isambard Brunel.

Brunel became the father of modern tunneling in 1825 when he ran the first underwater tunnel 75-feet beneath the Thames river in the UK. And, in January 2021, you too can marvel at 19th century engineering when you visit Las Vegas thanks to Elon Musk and The Boring Company. What will he think of next?