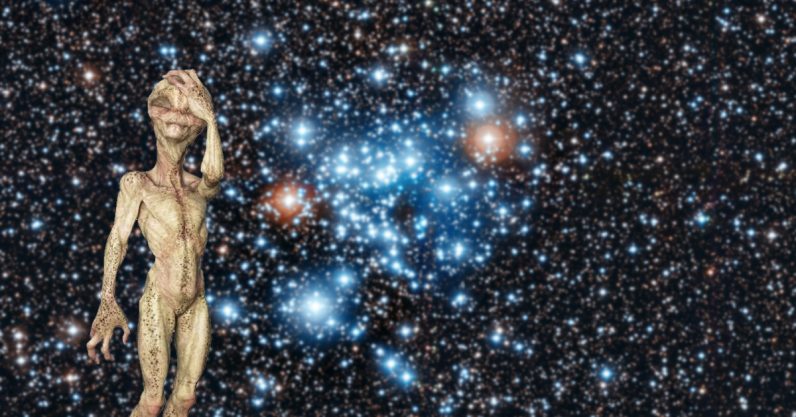 Using the Hubble Space Telescope researchers have conducted a pioneering 3-year study of the massive dense young star cluster Westerlund 2. In the process, discovering that dense clouds of relatively cool dust are curiously absent from material around the stars at the cluster’s heart.

As these dense clouds are the seeds of planets that form over the course of millions of years, thus, planet formation is stunted in these regions. The astronomers believe that this dearth of dense dust and gas discs is a result of the cluster’s most massive and powerful stars eroding and dispersing them from around their smaller neighbouring stars.

The study, published in The Astrophysical Journal, marks the first time that scientists have studied the conditions in dense star clusters to assess how suitable they are for planet-formation. It also answers the long-standing question of why are no planets around the stars in globular clusters — the richest and oldest groups of stars in the Milky Way.

“Most of the stars in our Galaxy are born in regions of modest star formation, but in the early Universe and in interacting galaxies we find huge young star clusters, that host stars that are hundred times more massive than the Sun. These systems are extremely distant from us and they look bright dots,” says lead author Elena Sabbi, of the Space Telescope Science Institute (STScI) in Baltimore, USA. “In the Milky Way there are only a few clusters with similar characteristics, and luckily for us, they are close enough that using a telescope as powerful as Hubble we can see the individual stars that form the cluster.

These rare systems are for us gold mines to test our understanding of how stars were forming in the early universe.

The team discovered that of around 5000 stars in Westerlund 2 with masses ranging from 0.1 and 5 times the mass of the Sun, 1500 display dramatic fluctuations in luminosity. This is usually regarding as being a result of the presence of large dusty structures and planetesimals temporarily blocking some of the stars’ light, thus causing fluctuations in brightness, as they orbit.

Hubble only detected this telltale dust signature around stars outside the central region. They did not detect these dips in brightness in stars residing within four light-years of the centre.

“Westerlund 2 gives us much better statistics on how mass affects the evolution of stars, how rapidly they evolve, and we see the evolution of stellar discs and the importance of stellar feedback in modifying the properties of these systems,” says Sabbi. “We can use all of this information to inform models of planet formation and stellar evolution.”

[Read: What this massive rotating disk galaxy tells us about our early universe]

Time-domain studies such as this one provide an examination of how the luminosity of an astronomical object varies with time using images acquired over a long period.

“Most stars do not show significant changes for millions or even billions of years, but some — variable stars — change their luminosity every few days or months,” Sabbi says. “In some cases, these changes reappear with a regular cadence, in others, they are completely unexpected.” Sabbi continues by explaining that studying how the luminosity of a star changes over time gives researchers a clue about the cause of such variations.

Many previous time-domain studies have aimed to examine the properties of stars during their early evolution, but have been restricted to much sparser low-density regions that are in the midst of star formation.

The team bucked the trend by turning the Hubble Space Telescope’s Wide Field Camera 3’s attention to Westerlund 2 — a giant cluster of around 3000 stars, some of which are the hottest and brightest massive stars astronomers are aware of. The compact young star cluster located 20 thousand light-years away is one of the few massive clusters in the Milky Way.

“Westerlund 2 is one of the most massive young clusters in the Milky Way. Systems like Westerlund 2 are very rare in the Milky Way, but are very common in interacting galaxies like the Antenna galaxies or at high redshift,” adds the STScI researcher. “The distance of those galaxies, however, is such that, even with Hubble we cannot study the stellar content of their star clusters in details.

“In this sense, Westerlund 2 offers us a unique glimpse of how stars form under conditions that resemble those found when the universe was much younger.”

When it comes to planet formation, it’s all about location

The team of astronomers found that distance from huge and powerful stars is crucial when it comes to the processes that planets depend on to form. In the centre of this dense cluster, for example, planets struggle to form because this is where the most massive and brightest star congregate.

Westerlund 2 is home to at least 37 extremely massive stars, with masses up to 100 times that of the Sun, one of the only clusters in the Milky Way where such large stars can be found. The ultraviolet radiation that they blast out in combination with their powerful stellar winds, act almost like blowtorches carving away potential planet-forming dust clouds.

“These stars evolve very quickly and start to release an enormous amount of energy in the form of UV radiation, while smaller stars are still surrounded by their circumstellar disks,” says Sabbi.

The ultraviolet radiation that they emit in combination with their powerful stellar winds, act almost like blowtorches carving away potential planet-forming dust clouds from smaller nearby stars.

“The energy released by the massive stars can change the chemical composition or even the destroy the grains of dust in the disks of their smaller neighbours, inhibiting the formation of future planets.”

On the outer region of Westerlund 2, however, where the stars are smaller and less powerful, the story is very different. On the outskirts of the dense cluster, the team found that stars were surrounded by discs of gas and dust that contain dense planet-forming clouds meaning that planet-forming processes continue in these regions unabated.

Sabbi explains what makes Westerlund 2 the ideal laboratory to conduct this kind of investigation: “The stars in a cluster have similar ages and chemical compositions. Westerlund 2 is a very rich cluster, therefore it offered us the opportunity to study thousands of stars with similar characteristics at the same time.

“Therefore in Westerlund 2 we can compare how being born near or far from massive stars can affect the properties and the evolution of smaller objects.”

The fact that Westerlund 2 also resides in a stellar breeding ground known as Gum 29 located roughly 14 000 light-years away in the constellation of Carina or The Ship’s Keel, also makes it an ideal subject for study. There is one, quite significant problem with this, however, the stellar nursery is difficult to observe as it is surrounded by dust and partially obscured.

This is where Hubble’s Wide Field Camera 3 (WFC3) comes into play.

The future is clear

Sabbia and her team turned to the Hubble Space Telescope, not usually used for time-domain studies due to the expense associated with its operation, to stare through the dust cloud partially obscuring Westerlund 2. In particular, it was the impressive resolution over a wide field of view delivered by WFC3 that the astronomers would rely on to build their study.

“The Wide Field Camera 3 is the most advanced camera on Hubble,” Sabbi tells me. “It combines high spatial resolution, wide dynamical range and high sensitivity. These characteristics allow us to study stars that are 10 times smaller than our Sun even in the centre of a cluster as rich as Westerlund 2.”

With the imminent launch of the James Webb Space Telescope, Westerlund 2 is likely to be in focus for many years to come. “For the first time, we will be able to study with unprecedented details the properties of circumstellar disks around hundred of stars,” Sbbi says. “This will allow us to greatly improve our models of star and planet formation.

“We will also be in the position of studying the chemical composition of these disks to see when and how much water and other types of ice have been formed. These are important ingredients for the development of life on a planet.”

And it is very likely that Sabbi and her team intend to be in the thick of these follow-up investigations.

“Every time I have the privilege to study a region star formation using Hubble, I am amazed by the richness of details that we can see,” she enthuses. “The powerful winds and the UV radiation coming from the massive stars are sculpting these regions, blowing away the original cloud of gas from which the stars formed. This process is creating incredible sceneries.

There is the fun of collecting and deciphering all the clues to try to answer the question of how do stars and planet form? This makes for a great day’s work.

This article was originally published on The Cosmic Companion by Robert Lea. You can read this original piece here.

Astronomy News with The Cosmic Companion is also available as a weekly podcast, carried on all major podcast providers. Tune in every Tuesday for updates on the latest astronomy news, and interviews with astronomers and other researchers working to uncover the nature of the Universe.

Read next: A brief history of bad logo redesigns — and what designers can learn from them