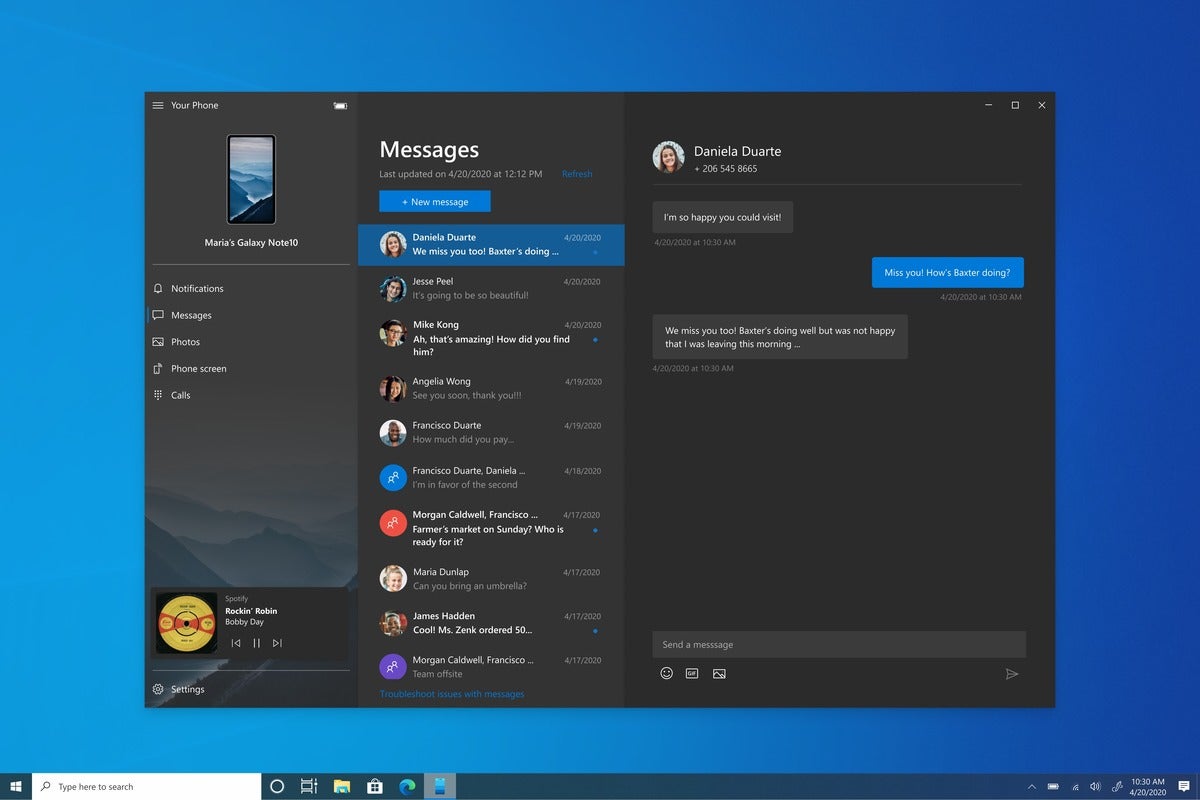 On Wednesday, Microsoft announced two new features headed for Windows users: audio capability for the Your Phone app, and a nested virtualization capability that to date had excluded PCs using AMD’s Ryzen processors. The two features rolled out simultaneously as part of the new Windows 10 Insider Build 19645.

The audio controls app update is part of the ongoing drumbeat of new features to the Your Phone app. In the Windows 10 May 2020 Update now rolling out to the general public, we noted in our review that Your Phone now felt finished. Your Phone connects to an Android phone and allows you to interact with it from your Windows desktop, sending messages, placing calls, and more. Some specialized functions are limited to Samsung phones, with which Microsoft seems to have forged a privileged relationship.

Not so the new audio controls, however, which debuted as part of Windows 10 Insider build 19619 in April. Now available to everyone, the updated Your Phone app doesn’t allow you to manually manage a playlist, nor does it provide other fine-grained audio options. Instead, it offers the basics—play, pause, and track controls—in a compact, dedicated interface for controlling music and other audio apps. (In this case, you’re controlling an app like Spotify that lives on your phone, not the related web or Windows app).

To take advantage of the new feature, make sure that both the Your Phone app as well as the phone’s Your Phone Companion app are updated, Microsoft says.

Microsoft’s new Insider build holds some niche improvements specifically for those who are involved in code development, as well as Linux. With this build, Microsoft switched its “servicing” model for the Windows Subsystem for Linux from its own Store app to Windows Update. That’s a fancy way of saying that if you wanted to download the latest updates to the Linux kernel, you’d previously have to hunt them down in the Microsoft Store. With this build, they’ll be sent to your PC directly via Windows Update.

For developers, Windows allows you to run virtual machines, essentially a protected PC-within-a-PC to test out new software. Nested virtualization takes that a step further: you can run a VM inside another VM, such as testing out an Android emulator inside of a virtual OS.