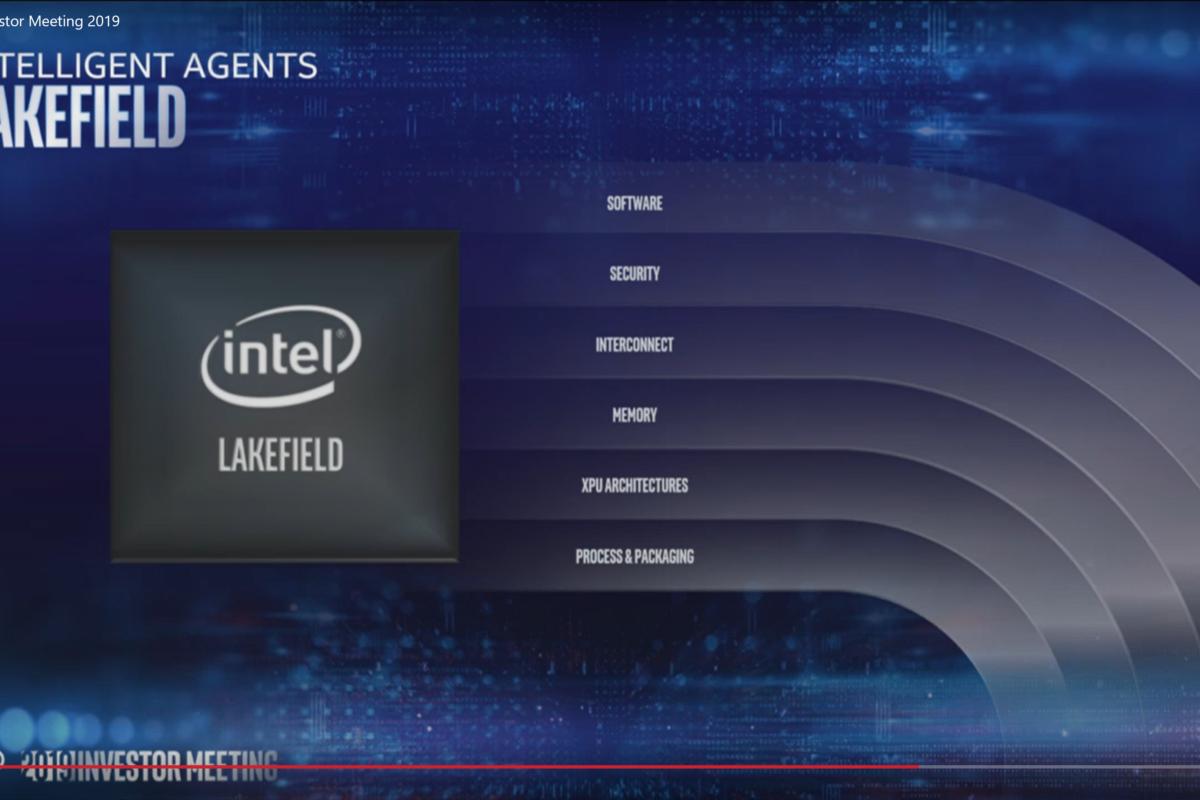 Intel’s Lakefield (originally announced in January 2019) is something entirely new: a hybrid chip that has Core-class cores for when performance is required, as well as low-power Atom-class cores for when battery life becomes a priority. And yes, they’re truly odd: each has five cores (and five threads), rather than four, or six.

Intel’s two new Lakefield chips include the 1.4GHz Core i5-L16G7 and the 0.8GHz Core i3-L13G4, each with a TDP of 7W. Intel says the Intel Core processor with Intel Hybrid Technology will be used in the thinnest and lightest designs, including single-screen, dual-screen, and foldable devices. (The Lakefield package measures 12x12x1mm.)  Only two Lakefield devices have been announced: June’s upcoming Galaxy Book S, as as well as the foldable Lenovo ThinkPad X1 Fold.

“Intel Core processors with Intel Hybrid Technology are the touchstone of Intel’s vision for advancing the PC industry by taking an experience-based approach to designing silicon with a unique combination of architectures and IPs,” said Chris Walker, Intel corporate vice president and general manager of Mobile Client Platforms, in a statement. “Combined with Intel’s deepened co-engineering with our partners, these processors unlock the potential for innovative device categories of the future.”

Intel said last year that Lakefield would begin shipping in 2019, so it’s possible that the coronavirus delayed the rollout a bit.

Intel laid out the specifications of its new Core i5 and i3 processors with Intel Hybrid Technology in this small chart, below. Because Intel will sell these chips directly to notebook makers, the company is not releasing any pricing.

We still don’t know why Intel designed the first Lakefield chips around an odd number of cores. Typically, most CPUs are designed around an even number of cores, with four-core, six-core, and eight-core chips being common in laptops. According to an Intel spokesman, there is one Sunny Cove core and four “Tremont” Atom cores within Lakefield. We also don’t know why Lakefield doesn’t support hyperthreading, when the Sunny Cove cores within Ice Lake clearly do.

There’s another twist: Because Lakefield stacks two logic dies and two layers of DRAM in the package, Lakefield doesn’t need to connect to external DRAM. But as you can see from the specs above, Intel doesn’t list the available included memory.

Intel isn’t officially saying what process technology Lakefield is manufactured upon. Based upon the company’s Hot Chips presentation, however, we know that there’s a “base” die where the I/O appears, and a “compute” die. Intel said then that it could get away with using an older, cheaper 22nm process as the foundation for the base die, which includes I/O and Intel’s Wi-Fi 6.

It does appear, however, that Lakefield shares some elements with the “Iris Plus” graphics that Ice Lake includes. The Intel Core i7-1065G7 (Ice Lake) contains 64 Gen11 graphics EUs, as does the Core i5-L16G7 (Lakefield). The key difference here, however, is that Ice Lake’s EUs run at 1.1GHz, while Lakefield’s EUs run at “up to 0.5” gigahertz. Performance will obviously suffer, though power efficiency should improve.

Intel’s not saying much about performance, though that’s probably not the focus of Intel’s new Core processors with Hybrid Technology. Intel said only that Lakefield will convert video clips up to 54 percent faster than older chips—though the point of comparison was the  Core i5-8200Y, the 8th-gen “Amber Lake” Core chip that debuted in 2018. Intel used the same chip to make the claim that Lakefield is twice as fast on AI workloads, using the MLPerf banchmark. Overall, Intel’s claiming 12 percent faster performance on single-threaded integer apps, again versus the Core i5-8200Y.

This story was updated at 8:22 AM with new information from Intel.