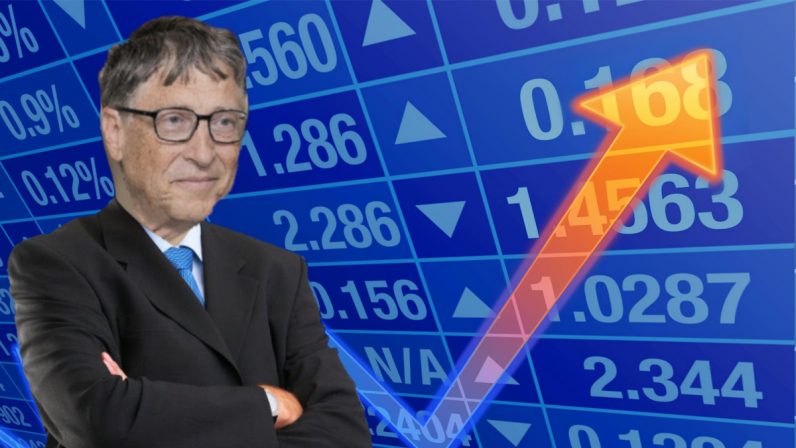 As the world watched the coronavirus (COVID-19) threat spread across the world, the Bill and Melinda Gates Foundation was making big Wall Street bets — pouring hundreds of millions of dollars into US tech giants like Apple, Twitter, and Amazon.

[Read: US tech execs have dumped $3.6 billion in company stock this month]

Hard Fork built the graphic below to visualise the stock market calls made by the Gates Foundation in the first three months of 2020.

It shows you the weighting of the fund‘s $17.35 billion portfolio filtered by sector; click on a piece to reveal exactly how many shares it owns and what they’re worth.

(NB: If the visualisation doesn’t appear, try loading this page in Desktop Mode.)

*The reported sale price is the market value of the stock taken at the portfolio date, which in this case is 3/31/2020.

Schrodinger is quietly participating in the hunt for a COVID-19 vaccine, and raised $232 million with a successful public offering in February.

Gates’ recent forays in tech and biotech are surely large, but they pale in comparison to the sheer fortune it continues to keep with Warren Buffett’s flagship hedge fund, Berkshire Hathaway.

Despite trimming its position in the fund by 10% last quarter, the Microsoft co-founder’s fund still owns $8.21 billion worth of Berkshire stock, and its shares make up almost half of the its entire portfolio.

Below, you can find two breakdowns of the Gates Foundation’s stock profile. On the left is what it looked like as of the start of 2020; on the right shows its weighting as of the 31st of March.

Hovering over each pie portion will reveal more info about the position in each company, like how many shares and their overall value.

Turns out, those were excellent bets

While the latest SEC documents don’t tell us if the Gates Foundation still holds its chosen tech stocks, they’ve generally performed great over the past two months.

For example, Twitter stock is up 44% during this quarter. If Gates kept those shares until now, his position in the company would’ve grown from $6.7 million to $9.6 million.

Not to mention COVID-battlers Schrodinger, whose share price has risen by 62% since Gates‘ fund revealed its $301 million investment — from $43.12 to $70.02 at pixel time.

Hypothetically, if Gates were to sell those 6,981,665 Schrodinger shares today, he’d profit almost $188 million on that trade alone. Yikes.